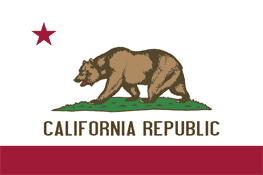 1.0. Students know the properties of, and compute with, rational numbers expressed in a variety of forms.

1.3. Convert fractions to decimals and percents and use these representations in estimations, computations, and applications.

1.4. Differentiate between rational and irrational numbers.

1.6. Calculate the percentage of increases and decreases of a quantity.

2.4. Use the inverse relationship between raising to a power and extracting the root of a perfect square integer; for an integer that is not square, determine without a calculator the two integers between which its square root lies and explain why.

3.0. Students graph and interpret linear and some nonlinear functions.

3.2. Plot the values from the volumes of three-dimensional shapes for various values of the edge lengths (e.g., cubes with varying edge lengths or a triangle prism with a fixed height and an equilateral triangle base of varying lengths).

3.4. Plot the values of quantities whose ratios are always the same (e.g., cost to the number of an item, feet to inches, circumference to diameter of a circle). Fit a line to the plot and understand that the slope of the line equals the quantities.

4.1. Solve two-step linear equations and inequalities in one variable over the rational numbers, interpret the solution or solutions in the context from which they arose, and verify the reasonableness of the results.

3.5. Construct two-dimensional patterns for three-dimensional models, such as cylinders, prisms, and cones.

2.6. Express the solution clearly and logically by using the appropriate mathematical notation and terms and clear language; support solutions with evidence in both verbal and symbolic work.

2.7. Indicate the relative advantages of exact and approximate solutions to problems and give answers to a specified degree of accuracy.

2.8. Make precise calculations and check the validity of the results from the context of the problem.