Celebrate the Bard with Perma-Bound! 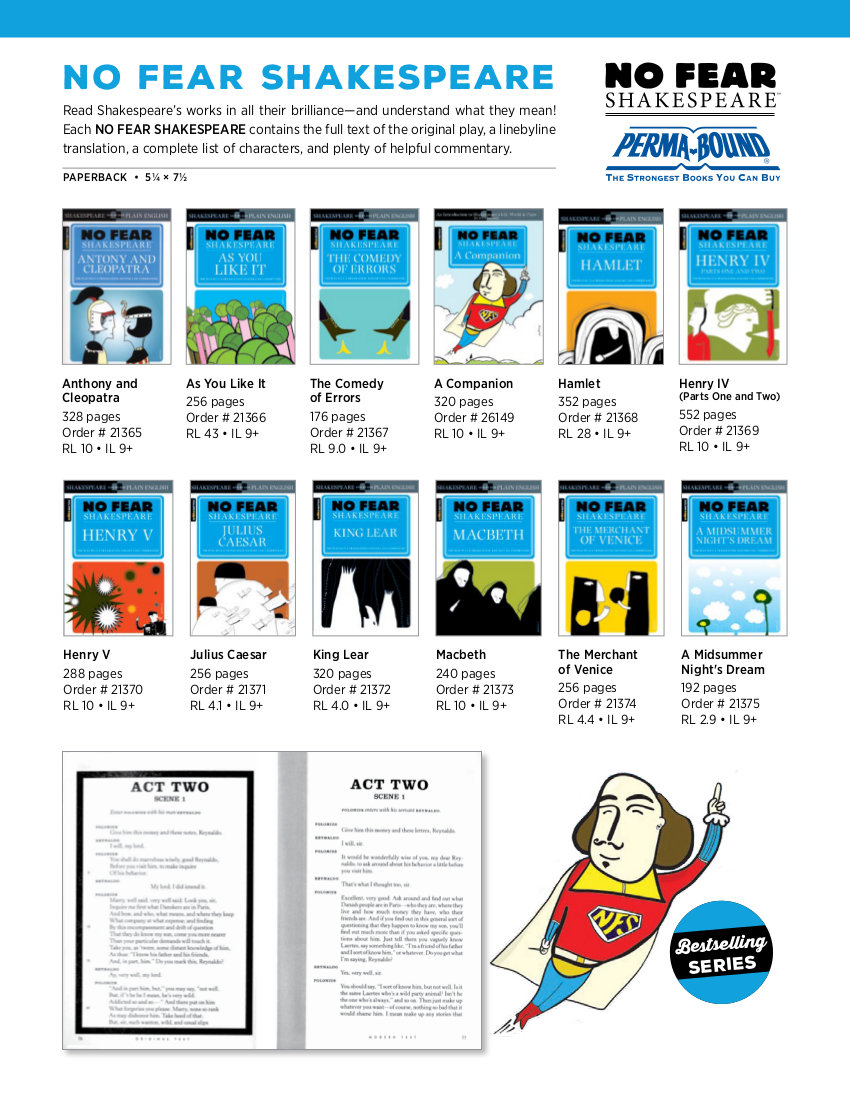 William Shakespeare (1564-1616)-widely considered the greatest writer in the English language and the greatest dramatist in world history-was an Elizabethan poet and playwright. A country boy from the village of Stratford-upon-Avon who made it big in the rough-and-ready city of London, Shakespeare mixed barnyard humor with high-flown philosophy, ribaldry with wit, soaring poetry with pointed prose, creating works that upended dramatic and poetic conventions to appeal to the heart as well as the head.

The man who observed that “All the world’s a stage” remains a star today, more than 450 years after his birth. His plays are staged more frequently now than they were in his lifetime, and have been translated into every living language; they’ve been adapted and imitated endlessly. He is nearly the most-quoted English-language author in history (exceeded only by the translators of the King James Bible). He invented over 1,700 words that are still commonly used in English today. And, he remains a key component of any course of study in English or world literature.

In recognition of the incomparable genius and essential nature of Shakespeare as author and artist, Perma-Bound offers a full range of Shakespeare resources, including adaptations at all levels, side-by-side modern-language translations, and current literary criticism. With our wide-ranging Shakespeare resources, we proudly represent the life and work of the man whose contribution to world literature and the English language can perhaps best be summed up in one word (of his own coinage, of course): “priceless.”

Perma-Bound carries authentic Shakespeare texts in a wide variety of editions for students at every level. Our Shakespeare offerings include:

Perma-Bound Shakespeare editions make it easy to present the Bard to a new generation!

Select one of the editions below to view the titles and sample images of the text.

Interest Level 7 and above

Audio Versions (Interest Level 7 and above)