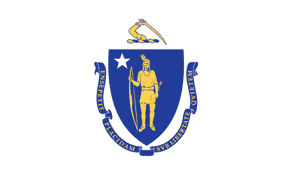 6.N.1. Demonstrate an understanding of positive integer exponents, in particular, when used in powers of ten.

6.N.2. Demonstrate an understanding of place value to billions and thousandths.

6.N.4. Demonstrate an understanding of fractions as a ratio of whole numbers, as parts of unit wholes, as parts of a collection, and as locations on the number line.

6.N.6. Find and position integers, fractions, mixed numbers, and decimals (both positive and negative) on the number line.

6.N.10. Use the number line to model addition and subtraction of integers, with the exception of subtracting negative integers.

6.N.12. Demonstrate an understanding of the inverse relationship of addition and subtraction, and use that understanding to simplify computation and solve problems.

6.N.15. Add and subtract integers, with the exception of subtracting negative integers.

6.P.2. Replace variables with given values and evaluate/simplify.

6.P.3. Use the properties of equality to solve problems.

6.P.6. Produce and interpret graphs that represent the relationship between two variables in everyday situations.

6.G.1. Identify polygons based on their properties, including types of interior angles, perpendicular or parallel sides, and congruence of sides, e.g., squares, rectangles, rhombuses, parallelograms, trapezoids, and isosceles, equilateral, and right triangles.

6.G.2. Identify three-dimensional shapes (e.g., cubes, prisms, spheres, cones, and pyramids) based on their properties, such as edges and faces.

6.G.4. Graph points and identify coordinates of points on the Cartesian coordinate plane (all four quadrants).

6.G.5. Find the distance between two points on horizontal or vertical number lines.

6.G.7. Identify types of symmetry, including line and rotational.

6.G.8. Determine if two shapes are congruent by measuring sides or a combination of sides and angles, as necessary; or by motions or series of motions, e.g., translations, rotations, and reflections.

6.M.1. Apply the concepts of perimeter and area to the solution of problems. Apply formulas where appropriate.

6.M.4. Find areas of triangles and parallelograms. Recognize that shapes with the same number of sides but different appearances can have the same area. Develop strategies to find the area of more complex shapes.

6.M.5. Identify, measure, and describe circles and the relationships of the radius, diameter, circumference, and area (e.g., d = 2r, p = C/d), and use the concepts to solve problems.

6.M.7. Find the sum of the angles in simple polygons (up to eight sides) with and without measuring the angles.

6.D.3. Use tree diagrams and other models (e.g., lists and tables) to represent possible or actual outcomes of trials. Analyze the outcomes.

6.RP.1. Understand the concept of a ratio and use ratio language to describe a ratio relationship between two quantities. For example, ''The ratio of wings to beaks in the bird house at the zoo was 2:1, because for every 2 wings there was 1 beak.'' ''For every vote candidate A received, candidate C received nearly three votes.''

6.RP.2. Understand the concept of a unit rate a/b associated with a ratio a:b with b not equal to 0, and use rate language in the context of a ratio relationship. For example, ''This recipe has a ratio of 3 cups of flour to 4 cups of sugar, so there is 3/4 cup of flour for each cup of sugar.'' ''We paid $75 for 15 hamburgers, which is a rate of $5 per hamburger.''

6.RP.3.a. Make tables of equivalent ratios relating quantities with whole-number measurements, find missing values in the tables, and plot the pairs of values on the coordinate plane. Use tables to compare ratios.

6.RP.3.b. Solve unit rate problems including those involving unit pricing and constant speed. For example, if it took 7 hours to mow 4 lawns, then at that rate, how many lawns could be mowed in 35 hours? At what rate were lawns being mowed?

6.RP.MA.3e. Solve problems that relate the mass of an object to its volume.

6.NS.1. Interpret and compute quotients of fractions, and solve word problems involving division of fractions by fractions, e.g., by using visual fraction models and equations to represent the problem. For example, create a story context for (2/3) / (3/4) and use a visual fraction model to show the quotient; use the relationship between multiplication and division to explain that (2/3) / (3/4) = 8/9 because 3/4 of 8/9 is 2/3. (In general, (a/b) / (c/d) = ad/bc.) How much chocolate will each person get if 3 people share 1/2 lb of chocolate equally? How many 3/4-cup servings are in 2/3 of a cup of yogurt? How wide is a rectangular strip of land with length 3/4 mi and area 1/2 square mi?

6.NS.5. Understand that positive and negative numbers are used together to describe quantities having opposite directions or values (e.g., temperature above/below zero, elevation above/below sea level, credits/debits, positive/negative electric charge); use positive and negative numbers to represent quantities in real-world contexts, explaining the meaning of 0 in each situation.

6.NS.6. Understand a rational number as a point on the number line. Extend number line diagrams and coordinate axes familiar from previous grades to represent points on the line and in the plane with negative number coordinates.

6.NS.6.b. Understand signs of numbers in ordered pairs as indicating locations in quadrants of the coordinate plane; recognize that when two ordered pairs differ only by signs, the locations of the points are related by reflections across one or both axes.

6.NS.7.b. Write, interpret, and explain statements of order for rational numbers in real-world contexts. For example, write -3 degrees C > -7 degrees C to express the fact that -3 degrees C is warmer than -7 degrees C.

6.NS.7.c. Understand the absolute value of a rational number as its distance from 0 on the number line; interpret absolute value as magnitude for a positive or negative quantity in a real-world situation. For example, for an account balance of -30 dollars, write |-30| = 30 to describe the size of the debt in dollars.

6.NS.7.d. Distinguish comparisons of absolute value from statements about order. For example, recognize that an account balance less than -30 dollars represents a debt greater than 30 dollars.

6.NS.8. Solve real-world and mathematical problems by graphing points in all four quadrants of the coordinate plane. Include use of coordinates and absolute value to find distances between points with the same first coordinate or the same second coordinate.

6.EE.2. Write, read, and evaluate expressions in which letters stand for numbers.

6.EE.2.a. Write expressions that record operations with numbers and with letters standing for numbers. For example, express the calculation ''Subtract y from 5'' as 5 - y.

6.EE.2.c. Evaluate expressions at specific values of their variables. Include expressions that arise from formulas used in real-world problems. Perform arithmetic operations, including those involving whole-number exponents, in the conventional order when there are no parentheses to specify a particular order (Order of Operations). For example, use the formulas V = s^3 and A = 6 s^2 to find the volume and surface area of a cube with sides of length s = 1/2.

6.EE.6. Use variables to represent numbers and write expressions when solving a real-world or mathematical problem; understand that a variable can represent an unknown number, or, depending on the purpose at hand, any number in a specified set.

6.EE.7. Solve real-world and mathematical problems by writing and solving equations of the form x + p = q and px = q for cases in which p, q and x are all nonnegative rational numbers.

6.EE.9. Use variables to represent two quantities in a real-world problem that change in relationship to one another; write an equation to express one quantity, thought of as the dependent variable, in terms of the other quantity, thought of as the independent variable. Analyze the relationship between the dependent and independent variables using graphs and tables, and relate these to the equation. For example, in a problem involving motion at constant speed, list and graph ordered pairs of distances and times, and write the equation d = 65t to represent the relationship between distance and time.

6.G.MA.1.a. Use the relationship between radius, diameter, and center of a circle to find the circumference and area.

6.SP.2. Understand that a set of data collected to answer a statistical question has a distribution which can be described by its center, spread, and overall shape.

6.SP.5. Summarize numerical data sets in relation to their context, such as by:

6.SP.5.a. Reporting the number of observations.

6.SP.5.b. Describing the nature of the attribute under investigation, including how it was measured and its units of measurement.

6.SP.5.c. Giving quantitative measures of center (median and/or mean) and variability (interquartile range and/or mean absolute deviation), as well as describing any overall pattern and any striking deviations from the overall pattern with reference to the context in which the data were gathered.

6.SP.5.d. Relating the choice of measures of center and variability to the shape of the data distribution and the context in which the data were gathered.