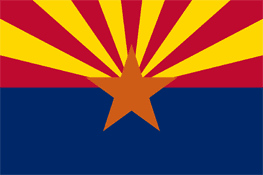 SCHS-S1C1-02. Develop questions from observations that transition into testable hypotheses.

SCHS-S1C1-04. Predict the outcome of an investigation based on prior evidence, probability, and/or modeling (not guessing or inferring).

SCHS-S1C2-01. Demonstrate safe and ethical procedures (e.g., use and care of technology, materials, organisms) and behavior in all science inquiry.

SCHS-S1C2-02. Identify the resources needed to conduct an investigation.

SCHS-S1C2-04. Conduct a scientific investigation that is based on a research design.

SCHS-S1C3-02. Evaluate whether investigational data support or do not support the proposed hypothesis.

SCHS-S1C3-04. Evaluate the design of an investigation to identify possible sources of procedural error, including: sample size; trials; controls; analyses.

AZ.SCHS-S2. History and Nature of Science

SCHS-S2C1-01. Describe how human curiosity and needs have influenced science, impacting the quality of life worldwide.

SCHS-S2C1-02. Describe how diverse people and/or cultures, past and present, have made important contributions to scientific innovations.

SCHS-S2C1-03. Analyze how specific changes in science have affected society. .

SCHS-S2C2. Nature of Scientific Knowledge: Understand how science is a process for generating knowledge.

SCHS-S2C2-01. Specify the requirements of a valid, scientific explanation (theory), including that it be logical; subject to peer review; public; respectful of rules of evidence.

SCHS-S2C2-02. Explain the process by which accepted ideas are challenged or extended by scientific innovation.

SCHS-S2C2-04. Describe how scientists continue to investigate and critically analyze aspects of theories.

SCHS-S3C1. Changes in Environments: Describe the interactions between human populations, natural hazards, and the environment.

SCHS-S3C1-01. Evaluate how the processes of natural ecosystems affect, and are affected by, humans.

SCHS-S3C1-05. Evaluate the effectiveness of conservation practices and preservation techniques on environmental quality and biodiversity.

SCHS-S3C2. Science and Technology in Society: Develop viable solutions to a need or problem.

SCHS-S3C2-02. Recognize the importance of basing arguments on a thorough understanding of the core concepts and principles of science and technology.

SCHS-S3C2-03. Support a position on a science or technology issue.

SCHS-S3C2-04. Analyze the use of renewable and nonrenewable resources in Arizona: Water; land; soil; minerals; air.

SCHS-S3C3-03. Predict the effect of a change in a specific factor on a human population.

SCHS-S4C1. The Cell: Understand the role of the cell and cellular processes.

SCHS-S4C1-01. Describe the role of energy in cellular growth, development, and repair.

SCHS-S4C1-02. Compare the form and function of prokaryotic and eukaryotic cells and their cellular components.

SCHS-S4C1-03. Explain the importance of water to cells.

SCHS-S4C1-04. Analyze mechanisms of transport of materials (e.g., water, ions, macromolecules) into and out of cells: passive transport; active transport.

SCHS-S4C1-05. Describe the purposes and processes of cellular reproduction.

SCHS-S4C2-02. Describe the molecular basis of heredity, in viruses and living things, including DNA replication and protein synthesis.

SCHS-S4C3. Interdependence of Organisms: Analyze the relationships among various organisms and their environment.

SCHS-S4C3-01. Identify the relationships among organisms within populations, communities, ecosystems, and biomes.

SCHS-S4C3-02. Describe how organisms are influenced by a particular combination of biotic (living) and abiotic (nonliving) factors in an environment.

SCHS-S4C3-03. Assess how the size and the rate of growth of a population are determined by birth rate, death rate, immigration, emigration, and carrying capacity of the environment.

SCHS-S4C4-01. Identify the following components of natural selection, which can lead to speciation: potential for a species to increase its numbers; genetic variability and inheritance of offspring due to mutation and recombination of genes; finite supply of resources required for life; selection by the environment of those offspring better able to survive and produce offspring.

SCHS-S4C4-02. Explain how genotypic and phenotypic variation can result in adaptations that influence an organism's success in an environment.

SCHS-S4C4-03. Describe how the continuing operation of natural selection underlies a population's ability to adapt to changes in the environment and leads to biodiversity and the origin of new species.

SCHS-S4C4-04. Predict how a change in an environmental factor (e.g., rainfall, habitat loss, non-native species) can affect the number and diversity of species in an ecosystem.

SCHS-S4C4-05. Analyze how patterns in the fossil record, nuclear chemistry, geology, molecular biology, and geographical distribution give support to the theory of organic evolution through natural selection over billions of years and the resulting present day biodiversity.

SCHS-S4C5. Matter, Energy, and Organization in Living Systems (Including Human Systems): Understand the organization of living systems, and the role of energy within those systems.

SCHS-S4C5-01. Compare the processes of photosynthesis and cellular respiration in terms of energy flow, reactants, and products.

SCHS-S4C5-04. Diagram the energy flow in an ecosystem through a food chain.

SCHS-S4C5-05. Describe the levels of organization of living things from cells, through tissues, organs, organ systems, organisms, populations, and communities to ecosystems.

SCHS-S5C1-01. Describe substances based on their physical properties.

SCHS-S5C1-02. Describe substances based on their chemical properties.

SCHS-S5C1-04. Separate mixtures of substances based on their physical properties.

SCHS-S5C1-07. Describe the historical development of models of the atom.

SCHS-S5C2. Motions and Forces: Analyze relationships between forces and motion.

SCHS-S5C2-01. Determine the rate of change of a quantity (e.g., rate of erosion, rate of reaction, rate of growth, velocity).

SCHS-S5C2-03. Explain how Newton's 1st Law applies to objects at rest or moving at constant velocity.

SCHS-S5C2-04. Using Newton's 2nd Law of Motion, analyze the relationships among the net force acting on a body, the mass of the body, and the resulting acceleration: graphically; mathematically.

SCHS-S5C2-05. Use Newton's 3rd Law to explain forces as interactions between bodies (e.g., a table pushing up on a vase that is pushing down on it; an athlete pushing on a basketball as the ball pushes back on her).

SCHS-S5C2-06. Analyze the two-dimensional motion of objects by using vectors and their components.

SCHS-S5C2-07. Give an example that shows the independence of the horizontal and vertical components of projectile motion.

SCHS-S5C2-10. Describe the nature and magnitude of frictional forces.

SCHS-S5C2-11. Using the Law of Universal Gravitation, predict how the gravitational force will change when the distance between two masses changes or the mass of one of them changes.

SCHS-S5C2-12. Using Coulomb's Law, predict how the electrical force will change when the distance between two point charges changes or the charge of one of them changes.

SCHS-S5C2-13. Analyze the impulse required to produce a change in momentum.

SCHS-S5C2-14. Quantify interactions between objects to show that the total momentum is conserved in both collision and recoil situations.

SCHS-S5C3. Conservation of Energy and Increase in Disorder: Understand ways that energy is conserved, stored, and transferred.

SCHS-S5C3-01. Describe the following ways in which energy is stored in a system: Mechanical; electrical; chemical; nuclear.

SCHS-S5C3-02. Describe various ways in which energy is transferred from one system to another (e.g., mechanical contact, thermal conduction, electromagnetic radiation.).

SCHS-S5C3-03. Recognize that energy is conserved in a closed system.

SCHS-S5C3-04. Calculate quantitative relationships associated with the conservation of energy.

SCHS-S5C3-05. Analyze the relationship between energy transfer and disorder in the universe (2nd Law of Thermodynamics).

SCHS-S5C3-06. Distinguish between heat and temperature.

SCHS-S5C3-07. Explain how molecular motion is related to temperature and phase changes.

SCHS-S5C4-01. Apply the law of conservation of matter to changes in a system.

SCHS-S5C4-02. Identify the indicators of chemical change, including formation of a precipitate, evolution of a gas, color change, absorption or release of heat energy.

SCHS-S5C4-03. Represent a chemical reaction by using a balanced equation.

SCHS-S5C4-05. Describe the mole concept and its relationship to Avogadro's number.

SCHS-S5C4-06. Solve problems involving such quantities as moles, mass, molecules, volume of a gas, and molarity using the mole concept and Avogadro's number.

SCHS-S5C4-10. Explain the energy transfers within chemical reactions using the law of conservation of energy.

SCHS-S5C4-11. Predict the effect of various factors (e.g., temperature, concentration, pressure, catalyst) on the equilibrium state and on the rates of chemical reaction.

SCHS-S5C4-12. Compare the nature, behavior, concentration, and strengths of acids and bases.

SCHS-S5C4-13. Determine the transfer of electrons in oxidation/reduction reactions.

SCHS-S5C5-03. Quantify the relationships among the frequency, wavelength, and the speed of light.

SCHS-S5C5-06. Analyze calorimetric measurements in simple systems and the energy involved in changes of state.

SCHS-S5C5-07. Explain the relationship between the wavelength of light absorbed or released by an atom or molecule and the transfer of a discrete amount of energy.

SCHS-S5C5-08. Describe the relationship among electric potential, current, and resistance in an ohmic system.

SCHS-S5C5-09. Quantify the relationships among electric potential, current, and resistance in an ohmic system.

SCHS-S6C1-02. Demonstrate how dynamic processes such as weathering, erosion, sedimentation, metamorphism, and orogenesis relate to redistribution of materials within the Earth system.

SCHS-S6C1-03. Explain how the rock cycle is related to plate tectonics.

SCHS-S6C1-04. Demonstrate how the hydrosphere links the biosphere, lithosphere, cryosphere, and atmosphere.

SCHS-S6C1-06. Analyze methods of reclamation and conservation of water. .

SCHS-S6C1-07. Explain how the geochemical processes are responsible for the concentration of economically valuable minerals and ores in Arizona and worldwide.

SCHS-S6C2. Energy in the Earth System (Both Internal and External): Understand the relationships between the Earth's land masses, oceans, and atmosphere.

SCHS-S6C2-01. Describe the flow of energy to and from the Earth.

SCHS-S6C2-03. Distinguish between weather and climate. .

SCHS-S6C2-07. Internal Energy: Analyze the seismic evidence (S and P waves) used to determine the structure of the Earth.

SCHS-S6C2-09. External Energy: Explain the effect of heat transfer on climate and weather.

SCHS-S6C2-10. External Energy: Demonstrate the effect of the Earth's rotation (i.e., Coriolis effect) on the movement of water and air.

SCHS-S6C2-13. External Energy: Propose appropriate safety measures that can be taken in preparation for severe weather.

SCHS-S6C3-02. Earth Origin/System: Describe the characteristics, location, and motions of the various kinds of objects in our solar system, including the Sun, planets, satellites, comets, meteors, and asteroids. .

SCHS-S6C3-03. Earth Origin/System: Explain the phases of the Moon, eclipses (lunar and solar), and the interaction of the Sun, Moon, and Earth (tidal effect).

SCHS-S6C3-07. Earth History/Evolution: Describe how life on Earth has influenced the evolution of the Earth's systems.

SCHS-S6C3-09. Analyze patterns in the fossil record related to the theory of organic evolution.

SCHS-S6C4-01. Describe the Big Bang Theory as an explanation for the origin of the universe.

SCHS-S6C4-02. Describe the fusion process that takes place in stars.

SCHS-S6C4-05. Explain the formation of the light elements in stars and the heavier elements (what astronomers call 'metals') in supernova explosions.

SCHS-S6C4-06. Explain the evolution and life cycles of galaxies.